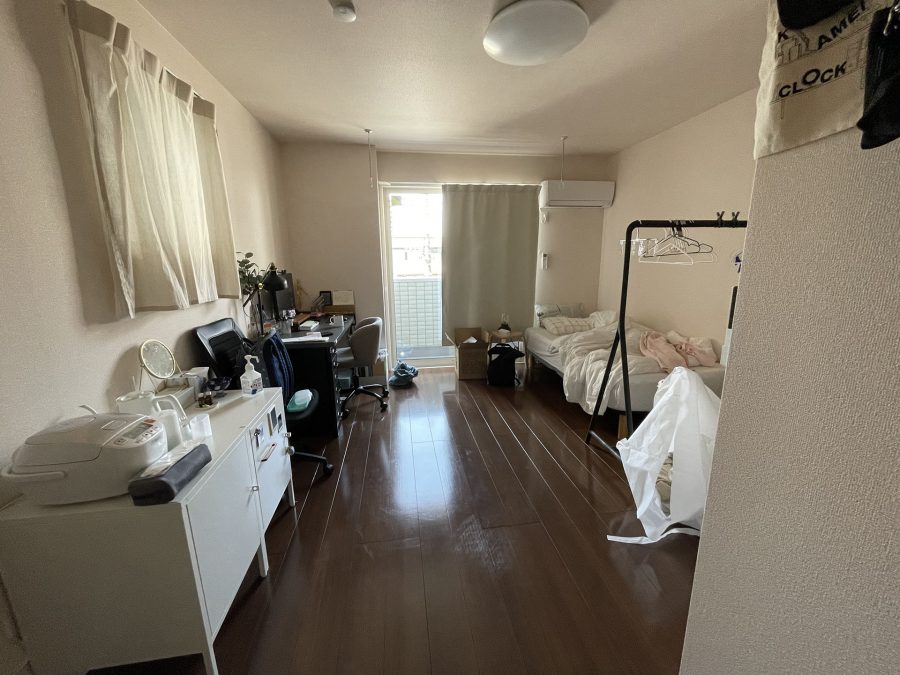 I have finally settled down in the new city, Kumagaya. My items got delivered to me yesterday and I used the whole day to unbox and organize all my stuff. Even though the apartment area is technically bigger than the previous one, the structure of the storages made it really difficult to fit the items I currently have. After moving so many times in Japan, I learned that it’s best to not buy a furniture for everything because disposing it can be a total pain. In the end, I was able to sort out everything but my books. Previously, I’d put them on top of my clothes drawer, but since that goes into the built in closet, I don’t really have a spot to store them now. I guess they’ll live inside the box for the time being.

I actually also didn’t have space for my printer and box files, so I had to place them directly on the floor. It’s a small sacrifice to pay in order to be able to place my brand new monitor. Watching movies and playing games are so much more fun now! The downside to having an extension monitor is that you still have to open the laptop open/close to be able to switch the powers. Hopefully I can build my own PC so I don’t need that anymore in the future.

There were some furniture that I wanted to dispose of before moving here because I don’t need them anymore (like the black chair shown above), but the city hall didn’t have any open slots at all to take my items before I move, so I had to bring everything to my new apartment. We don’t have any elevators here since it’s just a three storey building so I’ll have to haul them down to the first floor on my own. I can request someone from the city hall to pick it up for me but they’ll obviously take some fee for that. (And they charge per item!)

Today I went to the city hall to complete some paperwork for moving into the city. I was made to wait for a total of 2 and a half hours. I couldn’t stand the wait so I ended up taking out the stress on the piece of paper they gave me. The lady looked a bit shaken when I handed her the paper after she finally called my number. But at least everything’s done…

I’ll take some time to explore the area. Hopefully there are some interesting shops around I could venture in.

3 replies on “ Starting the Saitama Life ”