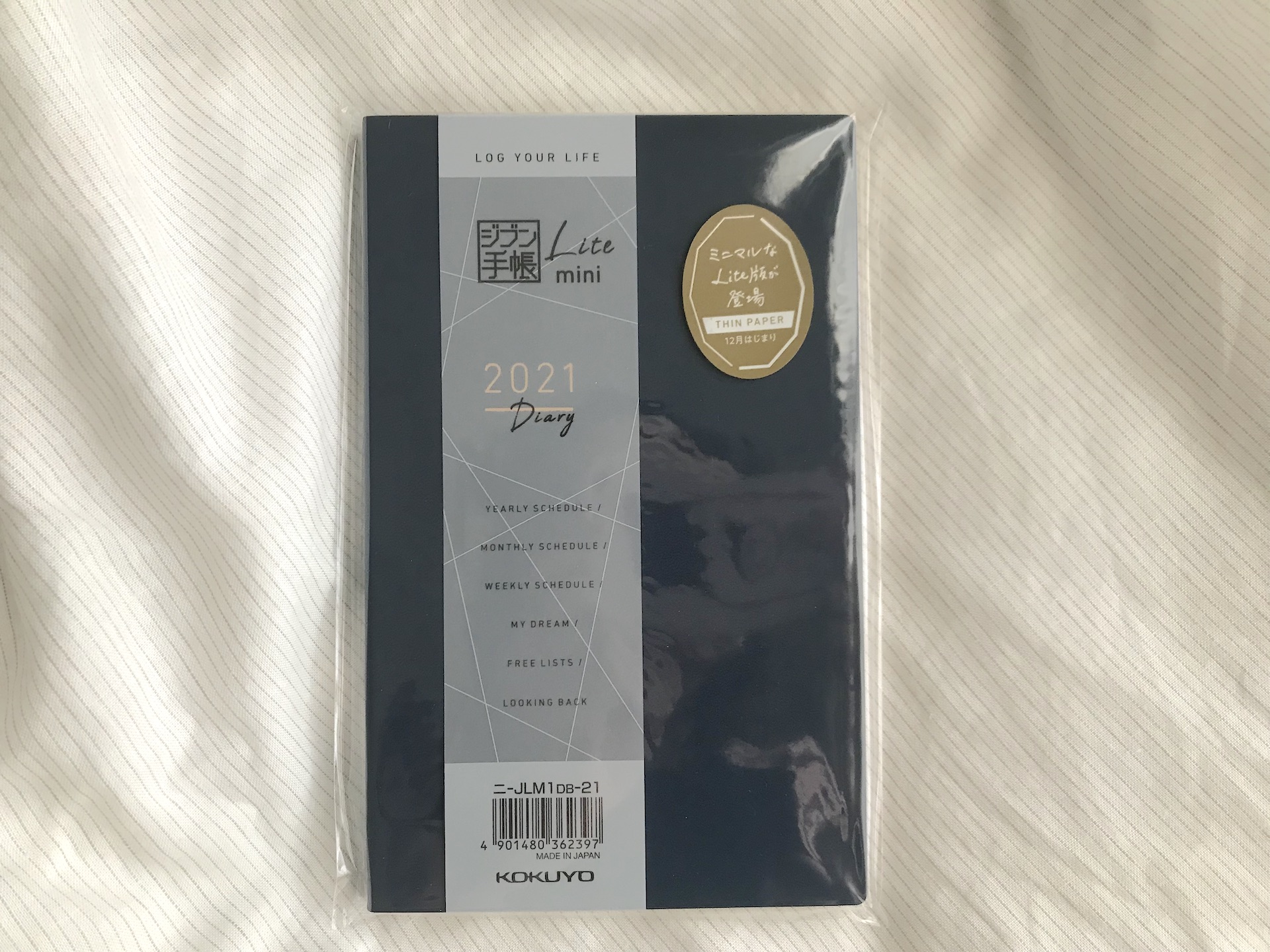 I decided to get a new planner for work next year. I was going to purchase Hobonichi Weeks for that, but I suddenly got reminded of a planner I used two years ago from Kokuyo, the Jibun Techo.

I remembered that they released a new minimal and aesthetic version of it either this year or last year. I decided not to get it last year since it didn’t suite my planning style when it comes to non-school related stuff. But I remember it being a wonderful planner for people who has busy schedules since it allows planning down to the hours and minutes. So I thought this would be a better option compared to Hobonichi for work-related planning.

I had posted a first impression for the original Jibun Techo back in 2018. In comparison, I love this Lite Mini (LM from here on) version way better than the original one for several reasons. First would be the aesthetics. The LM version does not have a detachable cover. It’s hard to describe it, but the surface feels velvety. I consider it to be a bit flimsy for a cover, but it does its job. Plus, that gold on blue print is just gorgeous.

Second, they simplified a lot of stuff. They got rid of the ‘how to use‘ page and lets you jump directly into the yearly view. Another thing I love his their rework on the fonts. The original version had a robotic bold fonts that wasn’t really appealing to me. The LM version in contrast, uses thin fonts which makes it look overall clean. They also combined the monthly view with the charts, which was originally put in separate pages.

The design simplification can also be seen in the weekly view. It’s overall cleaner with more muted and soft colors. It’s also makes it less distracting when you try to plan. They do still keep the daily weather tracker and also your mood for the day on the top and bottom parts respectively.

Last but not least, they provide enough empty space to take notes and make your own list of items. I personally still don’t know what I’m going to use the list page for. I was thinking I could use it to track movies to watch and books to read, but since I want to dedicate this planner solely to work-related stuff, I think I’m going to repurpose it for something else. Oh well, I’ll figure out in the future. 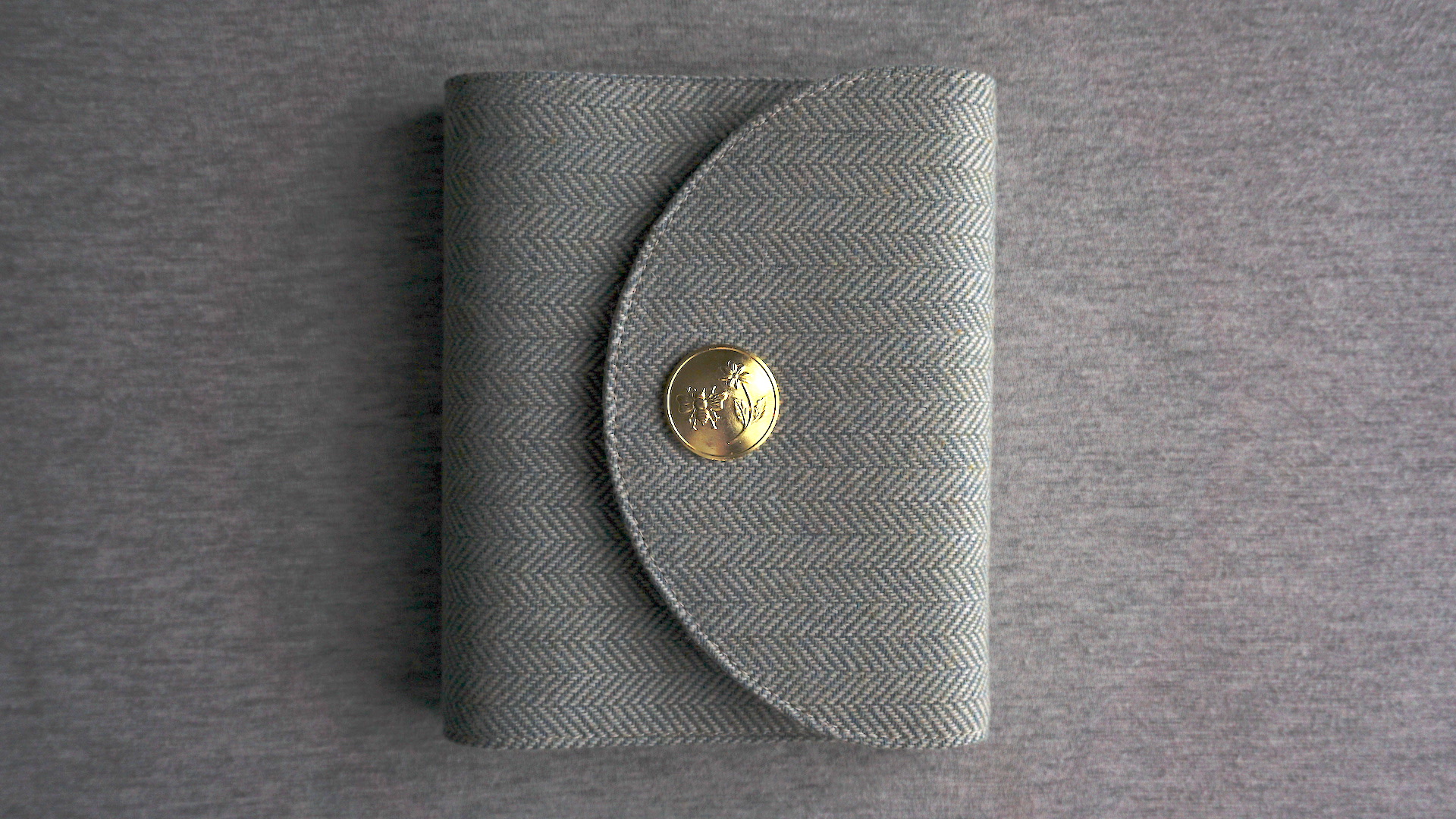 I got my Hobonichi package delivered today! It’s only been three days since I placed my order so it’s really quick this time. This year’s box color is yellow (they change it every year). It’s the exact same color as the 2018 one (yes I still keep that box).

They didn’t have tapes all around the box like previous years. Instead they used this small circular seal to protect the package, which I think is cute and adds a nice little touch. I prefer this seal as it doesn’t destroy your entire box when you try to rip it off. That way you can still repurpose the box while maintaining it’s nice condition.

It’s my first time ordering something that comes with ‘boxes’. Usually the journal and covers are only wrapped in plastic. This extra paper box makes it seem a little bit more special.

I ordered an additional pencil board this time since I kinda liked the design. I’m not sure if anyone is familiar with it but it’s Chibi Maruko-chan. I’ve known this character since I was small and I guess seeing it made me a bit nostalgic, which led me to purchase it haha. The pen on the right is actually a fude pen (lit. brush pen). It’s included as this year’s freebie and typically used to draw calligraphies.

The yellow box houses the 5-year techo. You get a simple guide of how to use it as well as a paper to test out fountain pen inks. It’s a nice addition to figure out which bleeds and which doesn’t. The book itself is a tad bit bulkier than the original journal.

Next up is the cover itself! Originally, this cover was created last year for the original A6 journals but they decided to repurpose it and create one special size for the 5-year techo itself. They got rid of the extra card slots and bookmarks. I kinda wished they included one since I don’t like using the normal bookmark that came with the techo (it just unravels like crazy over time).

I don’t really have any complains about this year’s purchase. Rather than that, I’m quite satisfied with it! I’m looking forward to 2021 so I can use this journal soon. Enjoy the unboxing video that I made for fun! (Excuse the subtitle typos, I’m too tired to fix it lol).