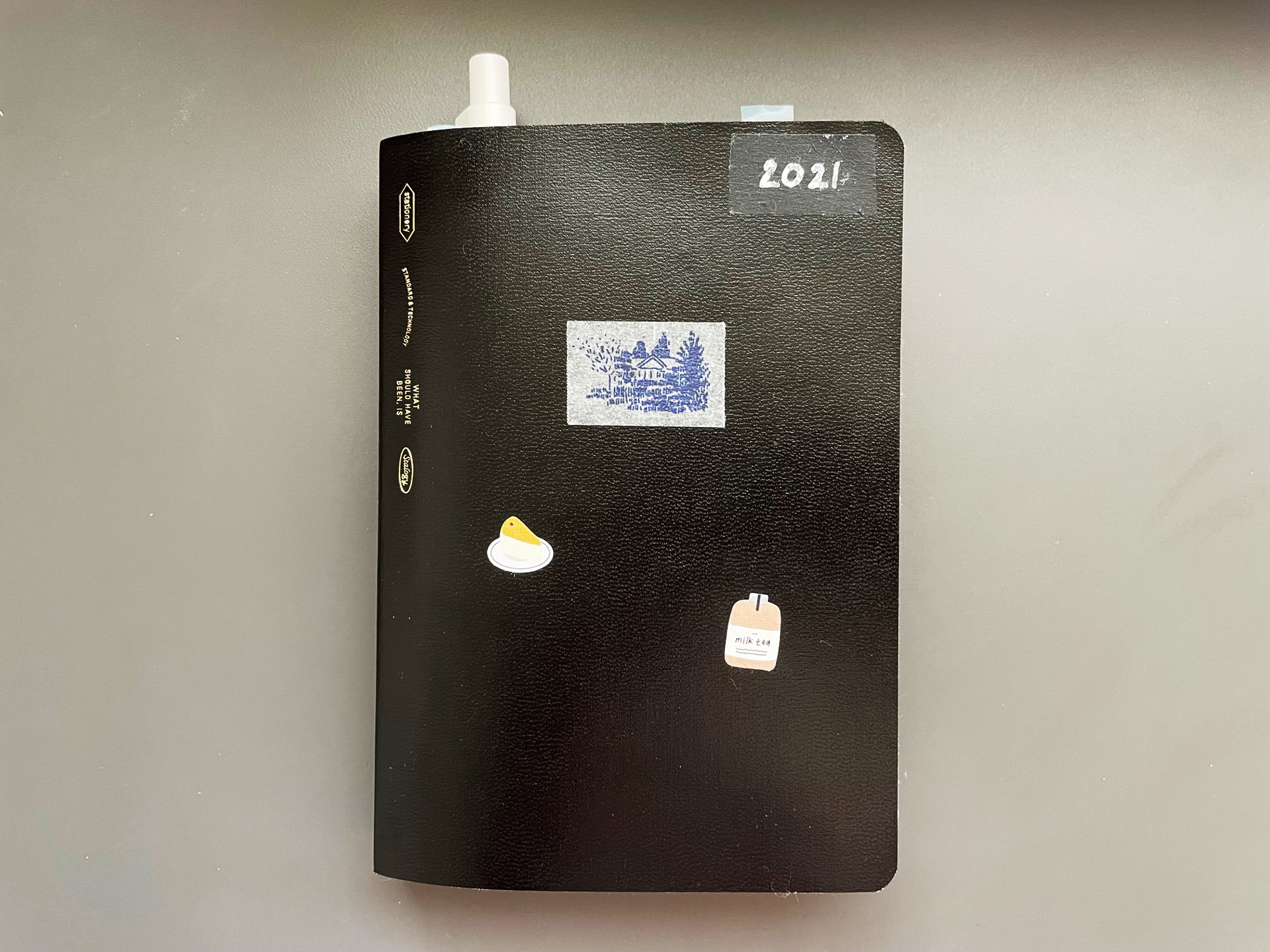 2021 is ending soon and it’s that time of the year again where I get to busy myself with choosing planners and notebooks for the upcoming year. I think I’ve managed in slimming down the number of planners I use simultaneously throughout the year. Here are some that I’m thinking to use next year:

The header image is the current Stalogy I’m using for 2021. I actually started using from November 2020, and I still have around half the notebook left. I originally intended to use it for storing my random messy thoughts, but I ended up using it as an all-in-one rough planning, notes, sketching, idea dump. Whatever goes. I think I used this notebook the most among all the others I have and is probably the most worn out. Haha. I plan on continuing to use this until I run out of pages before replacing it with a new one.

The notebook comes with 365 gridded pages (there are also blank page alternatives) and is priced around $15. Although I have never put a separate protective cover on it, the paper cover is still in a good shape, so I’m quite satisfied with the quality.

These are old notebooks that have reappeared for several times in this blog. I bought the camel color in 2016 and the blue one in 2018. To be honest, I haven’t been able to use them a lot ever since the pandemic happened since I originally wanted to use it as a travel planner/log and I feel somewhat guilty for that.

Right now the camel version houses my little sketchbook and a notebook for long-term planning. I mostly write about my long-term career path and goals so I don’t actually write in it frequently. I have repurposed the blue version to house a notebook for quotes that I found in novels, music, and movies. There are probably tons of quotes that I wanted to write down but I’ve long forgotten them. I know it sounds silly to store quotes in a notebook, but at least it gives the book itself a purpose to be used for.

The last one is the newest in the family. It’s a brand new leather ring binder that I have just purchased recently. I’ve actually eyed this planner for a couple of months, but it took me a lot of time to muster courage before finally purchasing it. It’s expensive, but I’m satisfied with the purchase since the planner itself is extremely well made and elegant. Different from typical leather binders, Plotter uses only one layer of leather and a slim gold metal fixture for the ring, making the overall appearance more elegant. However, since the rings are small, it could only fit up to 80 pages of refills. But that’s not a problem for me since I never intended to stuff it with a lot of paper anyways.

For the accessories, I bought the leather supporter (to reduce ring pressure on the actual leather cover), a pen holder, and band for closure. I can’t show the actual contents for the paper refills since I’m using for work related stuff, but I only use a monthly spread and gridded notepad. The official brand does not have a zipper pocket for sale, so I’m ordering one from Amazon right now. I’m probably going to store some more post its and several name cards for backup.

This ends the planner/notebook lineup for 2022. You might notice that there are no Hobonichi this time, and that’s because I’ve stopped using them entirely for planning. Currently I’m only using their 5-year diary to write short daily entries and I feel that’s enough.