I haven’t posted about anime or manga for a long time because I didn’t have time to catch up during school days. But as I promised in my previous post, I’m going to share the series that I’ve followed for this season and what I’m looking forward to in the next season!

When the studio announced that they’d be adapting the second season for S;G, I was so hyped I couldn’t control my excitement. And now I’m still hyped even when this series is nearing its end because it was so intense and consuming. I find some episodes really devastating too, especially near the end. I can’t wait for the last three episodes to air. I hope it stays amazing until the end!

I’ve been following Gintama since several years ago and these past few arcs are amazing and full of onion ninjas that you’d doubt if this was really a comedy anime. This arc is said to be the last so fans are excited but upset at the same time that this masterpiece would end soon. Gintama might not be as popular as other shonen animes like Naruto or One Piece but I still favor this series compared to the other famous titles.

Or in English, Muhyo & Roji’s Bureau of Supernatural Investigation. Long title, yes. I gave this series a try because I liked the anime poster lol. It looked interesting and the PV gave off a Detective Conan vibe. Maybe partly because of the title. It was an okay anime and it’s more like a slice of life mixed with detective and supernaturals to me rather than action. Is it because I watch supernatural genres too much? Haha. 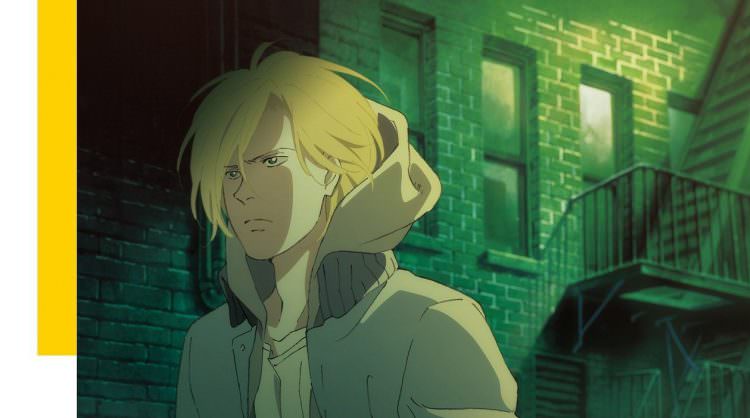 I saw the announcement for Banana Fish, got interested, read the manga, cried a lot, and then got excited for the series to finally air but eventually decided to postpone watching it until all 24 episodes are aired. I’ve watched the first several episodes of this series and I must say the studio did a great job in adapting from the manga. The opening and ending songs are beautiful too. This series may look like a normal gangster anime but it’s so much more than that. It’s deeper and darker than what it looks. Some people dislike this series because they labeled this anime as BL and got scared of it. True, it might give off some BL vibes, but I personally don’t have problems with it. I mean, it’s not a real BL, it’s just the vibes and it’s not even that extreme. The story’s really beautifully written and if someone’s gonna skip it because of that then it’s just their loss. A.k.a Cells at Work in English. This is like the most adorable anime made about how human cells work in our body, their roles, and their relations. The character designs are really well made and the story is educational. I bet this series will teach you more about biology than what you would learn in school. It’s a really entertaining series and I recommend it to almost everyone.

I don’t know if I’ll pick up anime from this season as I’d probably be empty after Gintama ends and I’ll also revert to being buried by schoolwork once classes start. From the list of animes, I think only Tsurune caught my interest. I guess I’ll just have to wait until everything airs and see which one looks promising haha. You can check animes airing per season here.