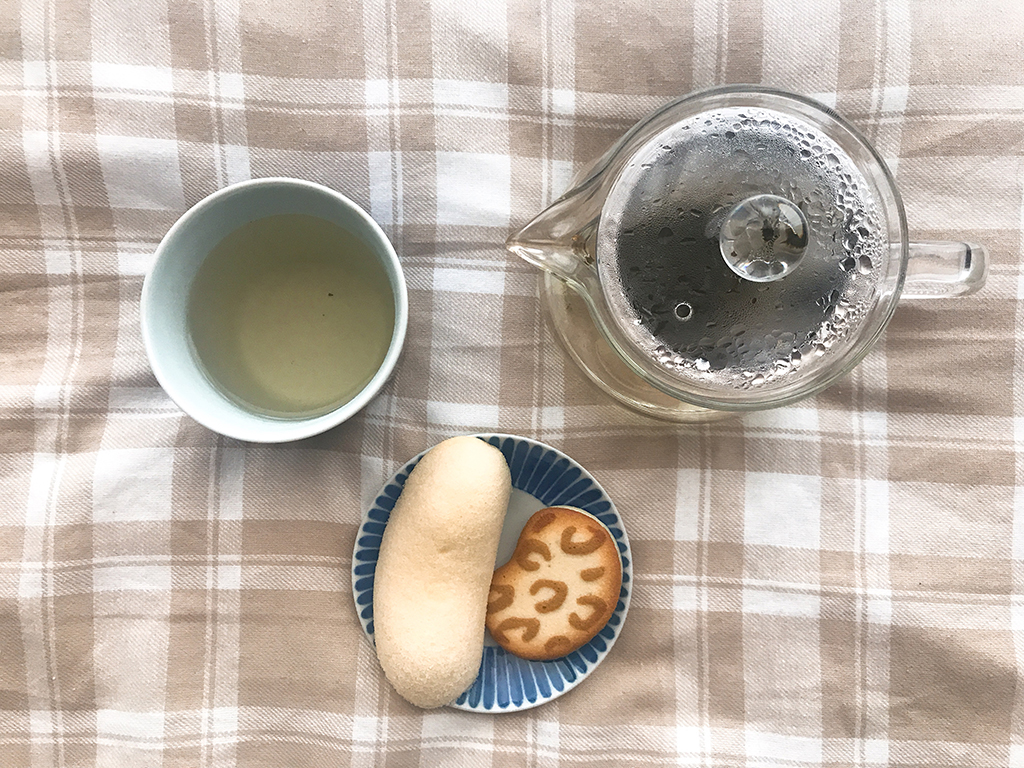 I bought a few things I found interesting during my trip Gotenba which I will introduce to you in this post! This is basically a New Year shopping post lol.

I saw this in the souvenir store at Yamanaka Lake and had to get it. I got it mostly because my mom said she wanted more Japanese masks and thought this would be a perfect one for her. There are 35 sheets in total separated into 5 pouches with a zipper. It’s perfect for travelling and doesn’t the packaging look so cute!? Japan never fails to amaze me.

Bought in the same store that sold the mask. It was around 600 yen and it comes with the can to store the green tea. I’ve been wanting to buy a tea can to keep my tea leaves and this seemed so perfect I just decided to buy it on spot.

There’s a factory outlet in Gotenba that we went to (twice). My trusty Vans had shown signs of breaking down so I decided to get a new sneaker for the future. It’s really comfortable and has a nice spring when I use it for running. The price was not cheap, but it wasn’t that expensive either. I believe it was around 6000 or 7000 yen for this pair.

I’ve never owned any flat caps but my friend complimented me when I wore his, so I decided to get one myself when I saw it was on discount. It cost me around 1000 yen, which is really cheap for a branded cap. I’m just a bit dissatisfied when I realized lint sticks like crazy on it’s material.

In case you didn’t know, Lucky Bags are now like New Year’s tradition in Japan. People would line up in front of stores really early in the morning to get their hands on them. They typically cost 10,800 yen (with tax) and the contents will have value around 20,000 to 30,000 yen. I’ve never gotten one before and initially gave up when I saw the line for Adidas. (We wanted to get Nike’s but they’re not selling it.) I gave it a try in the end and got my hands on it (took me around 1 hour 30 mins). It’s definitely a steal, but whether you’ll like the contents or not depends on the person.

I bought the teacup, small plate, and bed sheet (it’s so soft!) from Muji after I came back from the trip. They were on sale and I figured I’d get a new set of bedsheets since my old ones aren’t really comfortable for winter. The snacks are Tokyo Banana bread and cookie that I bought in the airport when I came back.

That ends this ‘haul-like’ post. I’m mostly satisfied with most of the things I purchased here and felt like I didn’t really waste my money for nothing. (Except for the lucky bag, maybe, lol). I guess this means I should refrain from buying things this month since I already bought so much!