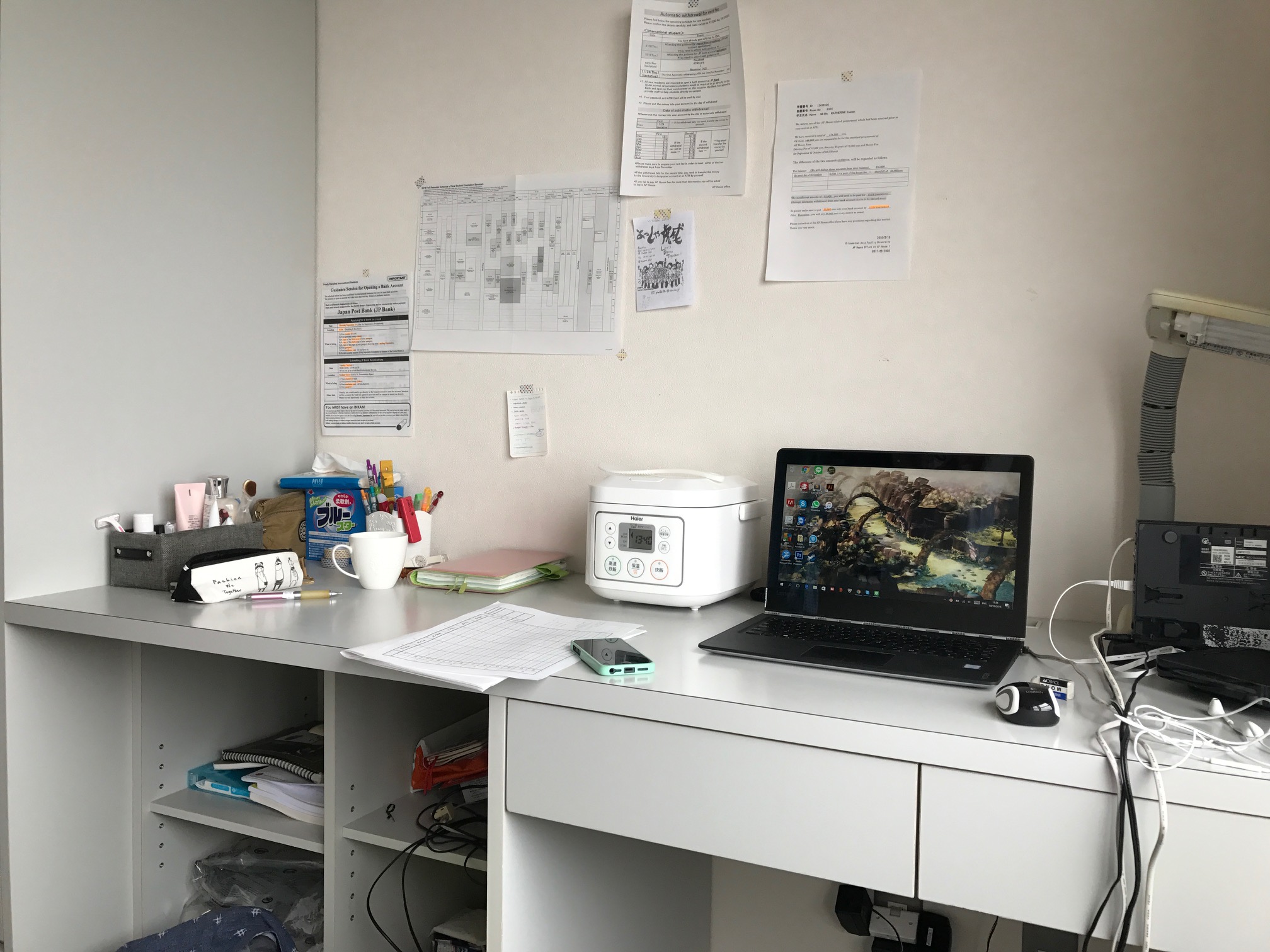 I finally moved in to the univerisity dorms at 20th of September. It was a windy day and a typhoon passed by the island of Kyushu the day before we arrived.

It was pretty hard to adapt to the new environment where you’re literally alone without your parents to look after you. To me, it was really exhausting to move in and settle down since I’m not used to being so far away from home. The only one to support me here are my friends and the upperclassmen. Almost everything is expensive in Japan, except for the 100 Yen store. Food is pretty pricey as well even though it was said to be student wallet friendly.

I’ve already spent so much to buy my daily necessities and several necessary items such as kitchen utensils and a router to set up my wifi (the one I brought from my home country is apparently not compatible). By the end of September, I’ve spent round 30.000 Yen. Sigh.

I went shopping again at the 1st of October to buy myself a new cardigan and a heat tech clothing from UNIQLO. It was definitely cheaper compared to my country. However, it was still considered expensive. I also bought a tempered glass screen protector as well as a phone casing for my new iPhone 7. They’re pricey AF.

I also made a lot of friends (somewhat) from many different countries. I’m glad that I managed to make Japanese friends as well. They’re really friendly and fun to talk to. Sometimes they’d blabber out words in Japanese which is hard for me to understand, but at the same time I could practice my listening and comprehension skills through their conversations. I also experienced culture shock. Haha. But that’s what made the first two weeks that I spent here really interesting.

Classes will start on the 5th of October. Many people said that it’s gonna be super tough but I’ve gotta keep a positive mind that I’d be able to surpass my first semester in this university! Wish me luck!