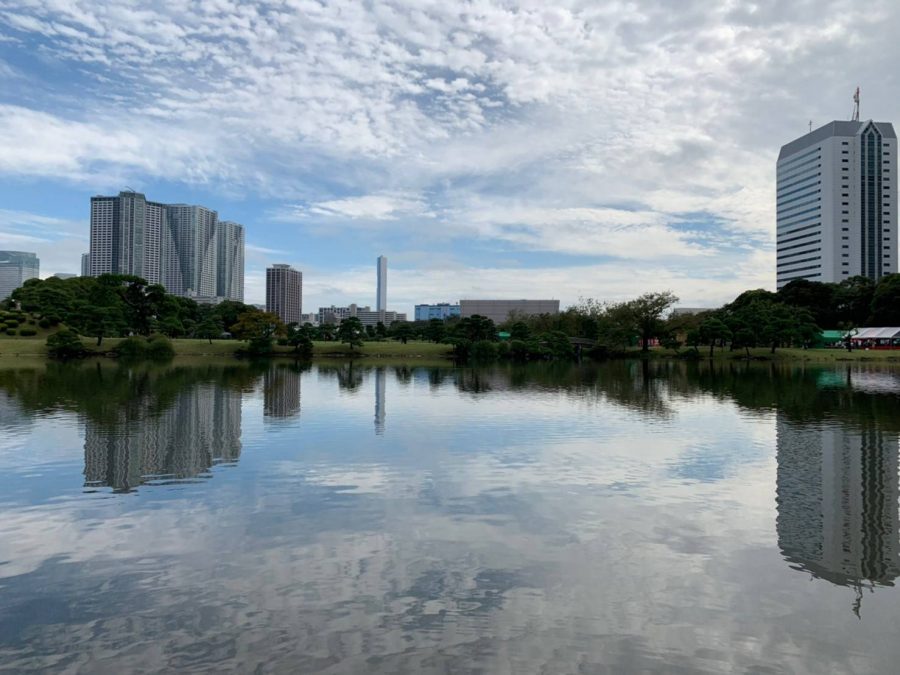 On the second day of our stay, we visited Hamarikyu Gardens. I must say I had a pretty bad experience here since it had rained the day before and the paths are all muddy.

Aside from the muddy roads, the view and weather was actually very nice. The garden has a lot of tea houses floating on top of the lakes. They still use these tea houses to conduct tea ceremonies. There were a lot of tea ceremony events for foreigners to try out as well, but I wasn’t that interested so I didn’t go for it.

The garden itself was humongous. We took around one hour to go around it. Our last stop in the garden was this flower field. However, since it’s October, there weren’t a lot of flowers blooming. Most of the fields looked sad and dried up.

We then made our way to Odaiba, an artificial island that was once used for self-defense force. We took the yurikamome train to get there from Shinbashi (330 yen-ish). The train goes through the Rainbow Bridge and it looks exceptionally nice at night. We originally wanted to visit a light show exhibition but the lines were too long and we gave up. In the end, we decided to just go inside the Unko Museum (lit. Poop Museum).

Even though it’s named Unko Museum, it’s actually not a museum at all. There’s nothing much to do here other than taking pictures of poop shaped decorations and play poop themed arcade games. In my opinion, it’s not worth 1,800 yen to enter this place. But eh, it’s once in a lifetime kind of thing.

Our trip ended with a visit to this poop museum. It was anticlimactic, but the whole two days we spent to go around was fun. I would definitely go to more places and attractions in Tokyo if an opportunity arises in the future.