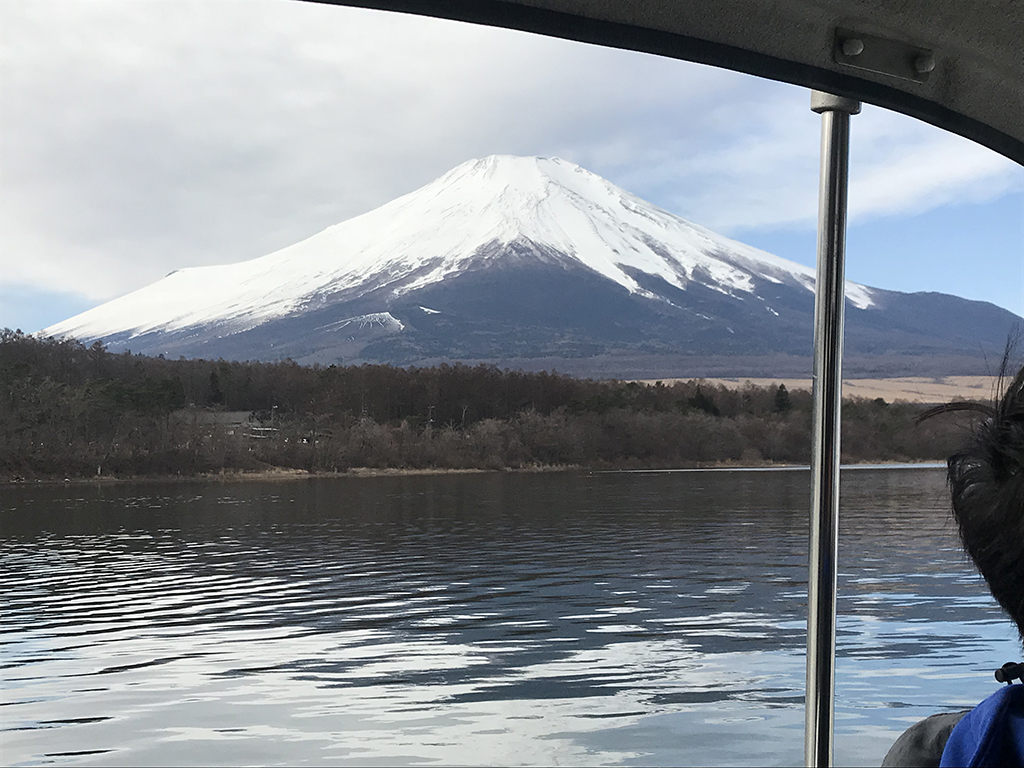 We spent the next few days exploring the Fuji Five Lakes (actually only 1 lol) and Yeti Snow Town. To explore Fuji Five Lakes, there’s a pass that you can purchase which gives you free bus rides around the lakes. We explored the lakes on day one and went to the Fuji Q Highland (an amusement park) in day 2.

When we got to the first lake we visited, we stopped by the mini restaurant and souvenir shop. My friend bought that charcoal just because he never had one. It tastes like any normal with a more burnt flavor, I guess.

Yamanaka literally translates to ‘middle of the mountain’. This is the only lake we really visited since we had some trouble and ended up wasting most of our time searching for food. This lake is the 2nd most developed after Kawaguchi Lake.

There were rental swan boats where we use our feet to pedal. Each session lasts for 30 minutes and our legs were sore by the time we finished, but the experience was worth it.

While we were in the boat, swans started following us everywhere, which terrified us lol. It turns out that one of my friends bought mixed peanuts from the convenient store for his snack and the swans were going after it. We ended up wasting half the package just to feed the swans, they’re really pretty, though.

The next day, we went to Fuji Q Highland, a famous amusement park. I’m personally not a amusement park person since I get dizzy and nauseous from rides quite easily. To be honest, I think I went there just to try out ice skating because I’ve never experienced it before. It was really terrifying, though. I fell so many times to the point my arms and butt hurts. Nonetheless, it was really fun because it’s the only time where the five of us could enjoy our time in the amusement park together.

We went to a ‘snow town’ named Yeti several days after the amusement park. We got the transport, admission, and rental package for 6600 yen, which is quite expensive for me but cheap for my American friends. I had zero experience in skiing and snowboarding so my friend told me to try ski first because it’s easier.

Ski is freaking difficult and scary as hell. It’s like sliding down the mountain to your deaths with nothing but poles (which doesn’t really help me to stop).

I fell down a lot more during skiing than skating. It was hard to get up on my own, too, since the boards were really hindering. After going down the slope once, I had enough and decided to call it a day lol. It’s a waste of money, I know. But at least I’ve given it a try.

Asians are not made for skiing. Lol.