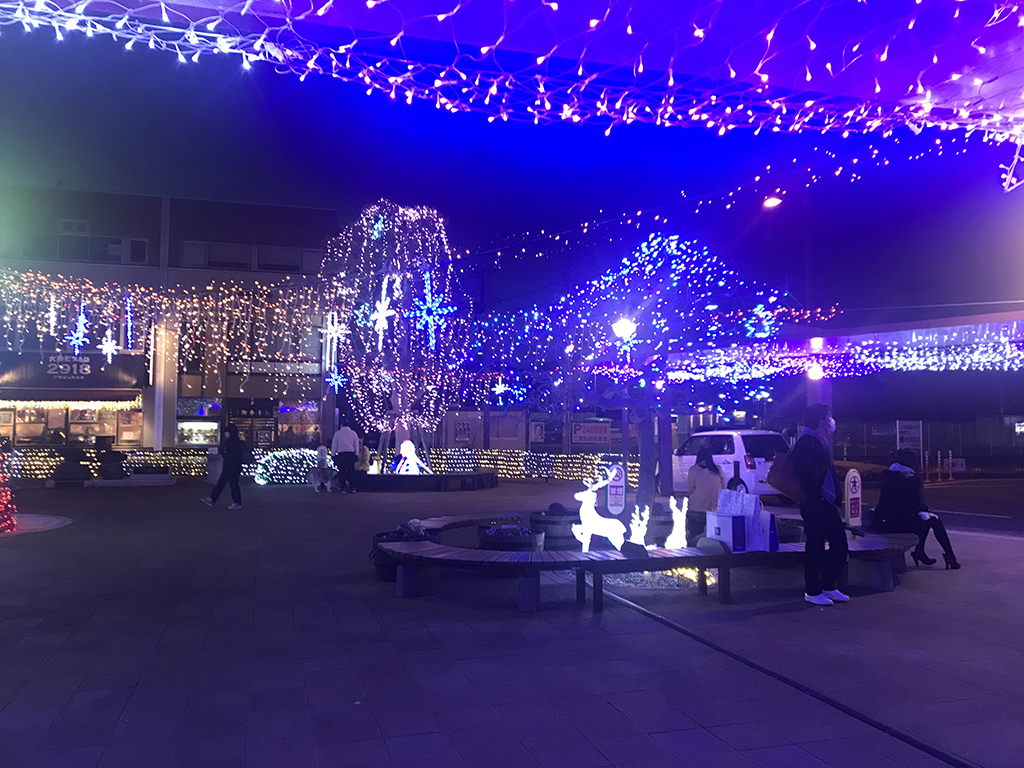 The picture of illumination above is taken at Gotenba Station, which is the main station in the city of Gotenba in Shizuoka prefecture. The town itself is not big, it looks even more countryside than Beppu, but you can see Mt. Fuji from this place almost every day.

I went to Gotenba for my winter vacation along with my other 4 friends from university. We stayed at one of my friend’s relative’s house since they’re running a restaurant in the nearby resort. Our trip lasted for 10 days, but it’s actually 8 days if you don’t count the trip for going and going back.

We spent our first few days exploring the city. We entered this coffee shop that was located right next to the station just because we’re itching for something to drink. The interior really surprised us since it was full of vintage photography tools and pictures.

The owner turned out to be a professional photographer. He asked us a lot of questions about us. Maybe it was because us foreigners looked really strange? Lol. Anyways, he’s a really nice old man. He even took a group picture for us and shared some photography tips!

I just realized now that I’ve never really taken any proper photos of the resort near the place we stayed. I brought my camera so some days I’m just so focused on using it I forgot that my phone camera existed. The picture above is the tunnel illumination in the resort. The photo didn’t turn out nicely because I forgot to turn on the exposure button lol.

We passed this Christmas tree so many times but still forgot to take a picture of it with our phone cameras.

There’s a beautiful bakery right in front of where the Christmas tree was located. I think I almost go there every day during the trip to grab some bread for breakfast. They have assorted jams and even honey. The canned bread caught my attention in particular. They’re so cute … but looking at the price made me refrain.

I love drinking yuzu for winter not just because of the taste but the effects they bring. It helps with throat problems, too, so I figured why not buy one. The price wasn’t bad either. I tried it once I got back to Beppu, and damn, I regret not buying more because it tastes so good!

There’s a huge circus-like tent beside the bakery which has a lot of street food. I got myself a just because my friend recommended it to me. It’s so good, though. I wonder if it’s because I’m too hungry? Haha. Other than that, they have yakitori stalls and also a shooting game stall. The place is always so crowded at night time, but it really has a nice cozy winter atmosphere. I wish I had taken more pictures, sigh.

Well, that’s about it. I’m ending the first post here since I don’t want the post to be image heavy. I’ll be posting about the Fuji 5 Lakes and Yeti Snow Town on the next one!