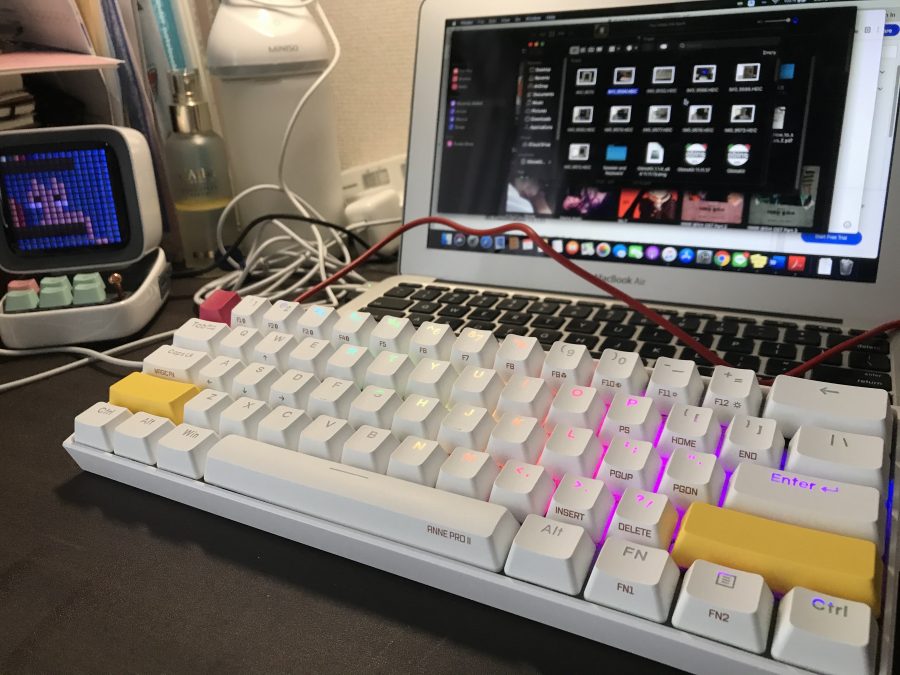 I only discovered the existence of 60% mechanical keyboards very recently through the same Youtube channel where I found the speaker that I talked about in the previous post. The only time when I used mechanical keyboards was when I was a child and my home PC was still working. After that, I completely transitioned into laptops and forgot about their existence … until I found the video.

Being a sucker for anything cute or pretty, the design of Anne Pro 2 immediately caught my eye. Apparently, it has been the most popular mechanical keyboards for these past 2 years or so. Quality, design, and functionality is on par with the price tag. But I guess the greatest trigger for why I bought the keyboard was because my macbook backspace key stopped working completely one day. Of course, I have the choice to get it repaired, but I don’t think repair centres are gonna operate that quick especially because of the virus.

I said fuck it and went for the keyboard. Spent $80 for the gateron brown switches and I didn’t regret one bit.

I bought mines from Amazon Japan. I originally placed an order through another website, but it went out of stock for the longest time. So I decided to sacrifice a bit of money and bought it off Amazon since they have stock and ships quicker.

I was impressed when I held the keyboard on my hands. It doesn’t feel cheap, it has some weight to it, and the keys feel so nice on my fingertips.

The package comes with a USB C cable, key puller, and extra keycaps that you can use to modify the keyboard. You can use the keyboard via bluetooth as well, but I’ve read that it’s not as reliable, so I decided to use the cable.

A dedicated program is downloadable for Windows, Linux, and Mac. It allows you to modify function keys, backlights, and other stuff such as macros. But as I use this keyboard only for typing and not gaming, I didn’t touch the settings as much for now.

So far, I love the typing sensation and the sound it makes. The rainbow backlights makes everything extra pretty! I’m looking forward to use this keyboard for a long time!