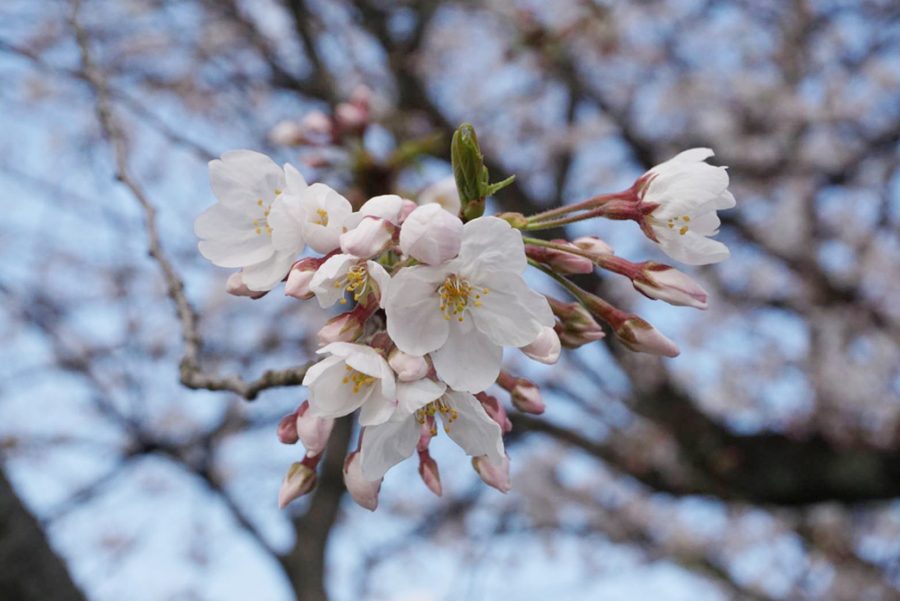 Welcome back to my blog, I guess? Lol. I was finally able to get this blog running again after it went down almost two months ago. It was really hard migrating a dead blog. I almost thought that it couldn’t be salvaged anymore. Bless Ofblue.org customer service for helping me to get it up again!

Anyways, I thought I’d post some things I did in April. As usual, it’s spring and cherry blossom time. I went 花見 (hanami) with three other friends and ate pizza. The weather was really nice but still kinda chilly at that time.

Apparently the hay fever was really bad this year. I was lucky to not be affected as much, but I’ve read somewhere that you’re more susceptible to it as you age. 🙁 I hope it doesn’t happen to me in the future. It would suck having to constantly sneeze and have watery eyes because of the pollen lol.

I also tried taking pictures with my Polaroid camera as usual, but it seems like there’s a problem with either the film or camera since it turned kinda … dark. I don’t know what caused it and so I had to throw away lots of Polaroid refills since most of the pictures I took turned out as a failure. 😥 But I did manage to take a lot of pictures with my Sony camera, so it’s okay.

Maybe I’ll invest in a square Polaroid printer next time …