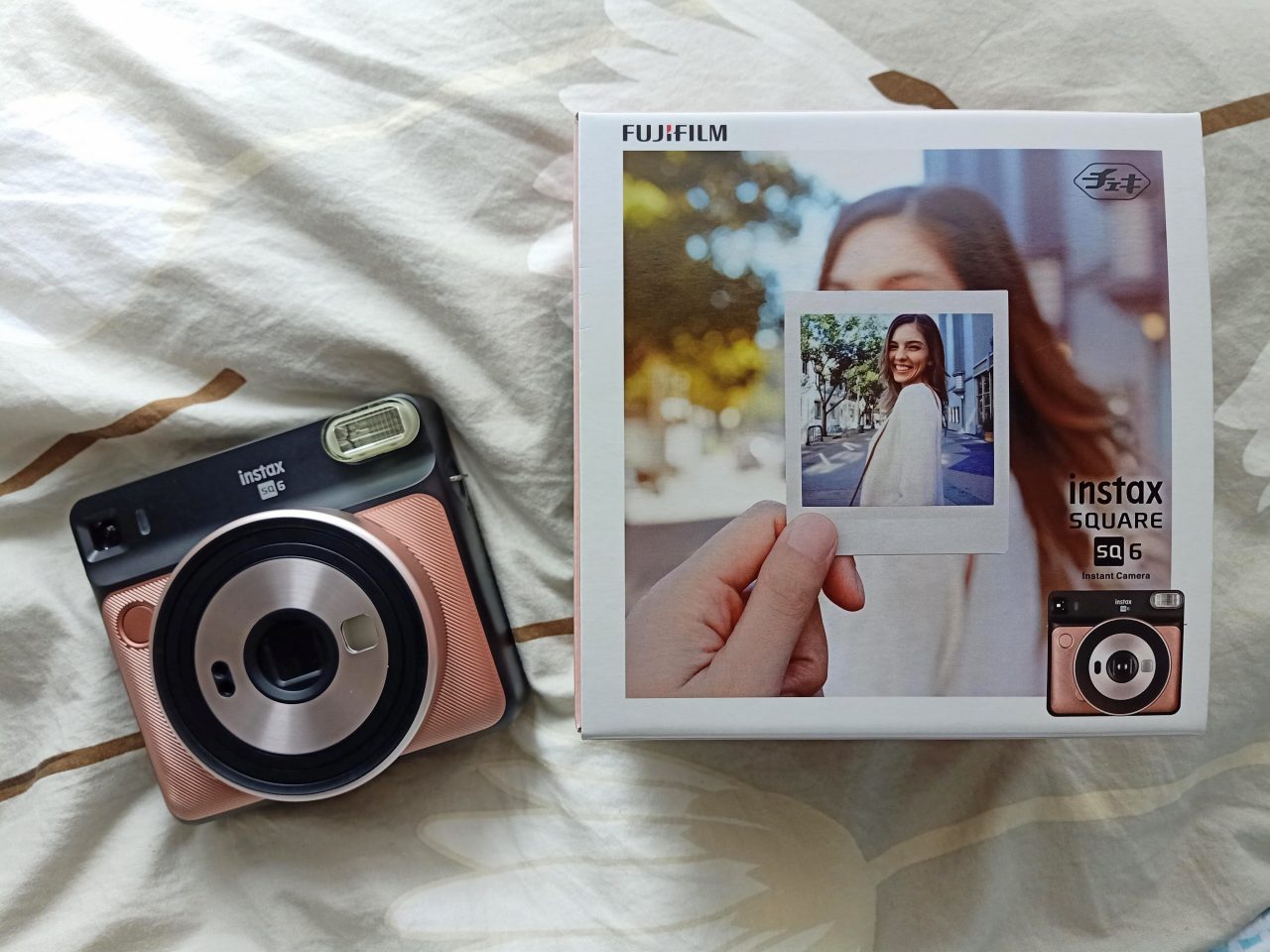 I finally purchased another Instax camera after seeing a great deal from Amazon during their Prime Day sale. This time I got myself a square version of it since I’ve been eyeing this one for quite some time. And sadly, my old Lomography camera is starting to break down. Every time I take pics, the results are weird and it looks like my pictures have glares when it’s not supposed to. I thought the films must’ve broken down when I brought it to Gotenba due to the extreme temperature, but when I tried it again in normal temperature, the results are still the same. 🙁 I have no idea on how to fix it.

Well, before it gets boring, let’s get to the main thing.

I got the one in my most favorite color in the lineup, Rose Gold. I’ve actually seen a lot of reviews before deciding to purchase this camera. I debated whether I would get the camera or the SQ printer instead, but since the printer costs so much more (and wasn’t on sale), I decided to go for this one.

This camera is slightly heavier than the Lomography that I have. And the main reason why I bought it is not only it’s appearance, but the fact that it prints out square pictures instead of a rectangle. I find that square pictures are prettier and geometrically pleasing lol.

This is a picture that was taken during a birthday party by one of the restaurant staff. The lighting was bad, and her hands were shaking and not stable, resulting in this blurry picture lol.

The camera comes with basic functions such as auto, selfie, macro, landscape, double exposure, lighten, and darken. It also has a setting for 10 seconds timer and no flash. The tiny little frame on the bottom right displays the number of pictures you can take left with your refills.

One unfortunate thing about this camera was the scratch on the backside of it. I didn’t notice it until I looked very closely. It was disappointing, but nothing could be done with it. Oh well.

Overall impression: I like this one so much better than my previous instant camera since it looked like a toy. This one actually looks so much more sophisticated and pretty and it prints square pictures! It’s also nice to use for selfies. I think it’s nice for people who love spontaneousness. If you’re someone who likes perfection, I recommend buying the SQ printer instead since you can pick the pictures you really want and print it out.

Other notes: The set comes with a camera strap, 3 flash filters (iirc, green, orange, purple), and 2 CR2 batteries. So you only need to buy the film pack for the first time using it. I recommend getting a tripod if you like shooting in various settings since the picture gets blurry so easily when there is not enough light source.

I hope this post was helpful to you somehow. What do you think of instant cameras? Do you own one? If not, do you want to own one?