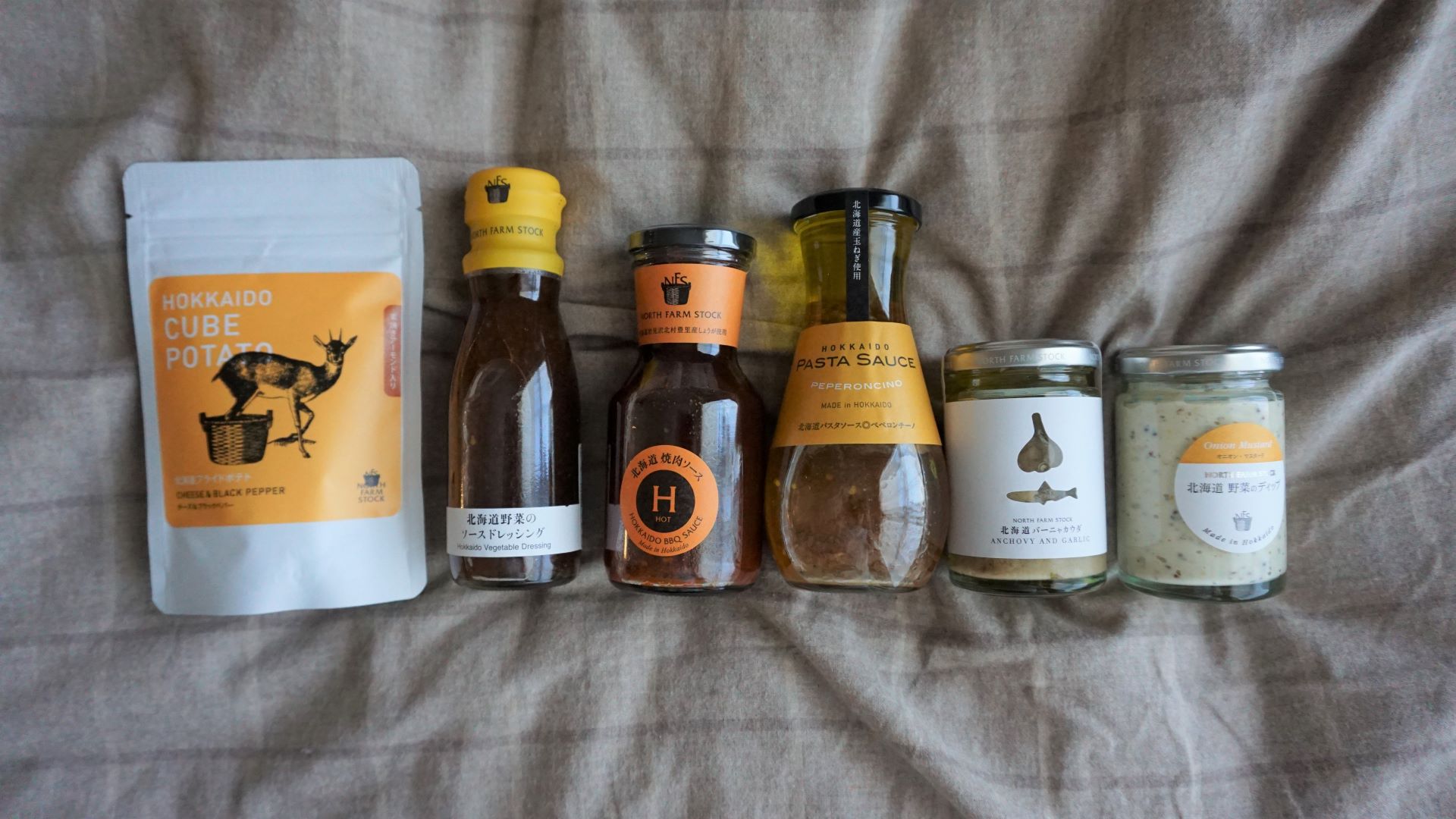 I discovered this food brand through the aesthetic looking pasta sauce (which was also delicious) that I tried out last month. My local supermarket always carried their pasta sauce … until a couple of weeks ago. I was devastated and I couldn’t find any other shops in town where I could get my hands on it, so I decided to just purchase from the makers directly since they had a free shipping campaign (without it, you’d have to pay $15 just to get your items shipped because they send it all the way from Hokkaido).

I ordered 3 bottles of this in one go since one bottle could only serve you 3 to 4 times. I guess I won’t run out of pasta sauce in awhile. The smell when you stir fry your pasta with this, though… Damn, if only technology could help describe what smell is like, you’d be drooling already.

Edit: This and the individually packaged sauce turned out to be different! I love the individual ones better than the bottled ones. It’s still delicious, though, but probably wouldn’t repurchase this one again.

According to their website, this was pretty popular for stir frying as well. I do a lot of food that requires sauce so I thought I’d give it a go. It says it’s for vegetables, but I’m planning to use them on sausage meals as well since it uses onion as their main ingredient.

A spicy BBQ sauce? Why not? I don’t know for sure how spicy this is going to be, but if they’re following Japan’s standard of ‘spicy’ then I’m pretty sure it’s not even going to be anything. I bought enough meat to cook with this sauce. Excited to try it out soon!

I bought two jar of different dipping sauce. The one on the left is their onion mustard sauce while the one on the right is their anchovy and garlic sauce. I’ve tried both on some potato snacks and they taste really good. Fried chicken is also good with the onion sauce as well! I’m glad it’s versatile with a lot of food types. I’m curious to try the anchovy one on fried rice though, it reminds me of one of the fried rice types I used to eat back in my home country. I could probably use it for pasta as well!

Last but not least is their cube potato snack. I got it in cheese & black pepper flavor since that’s the one that called out to me the most. It’s like your standard jagariko (popular Japanese potato snack) but with more salt and cheese and pepper flavor. Good for when you just wanna snack on a little something.

That is all for my purchases! I can’t wait to use all these sauces I just got. Time to get cooking soon!