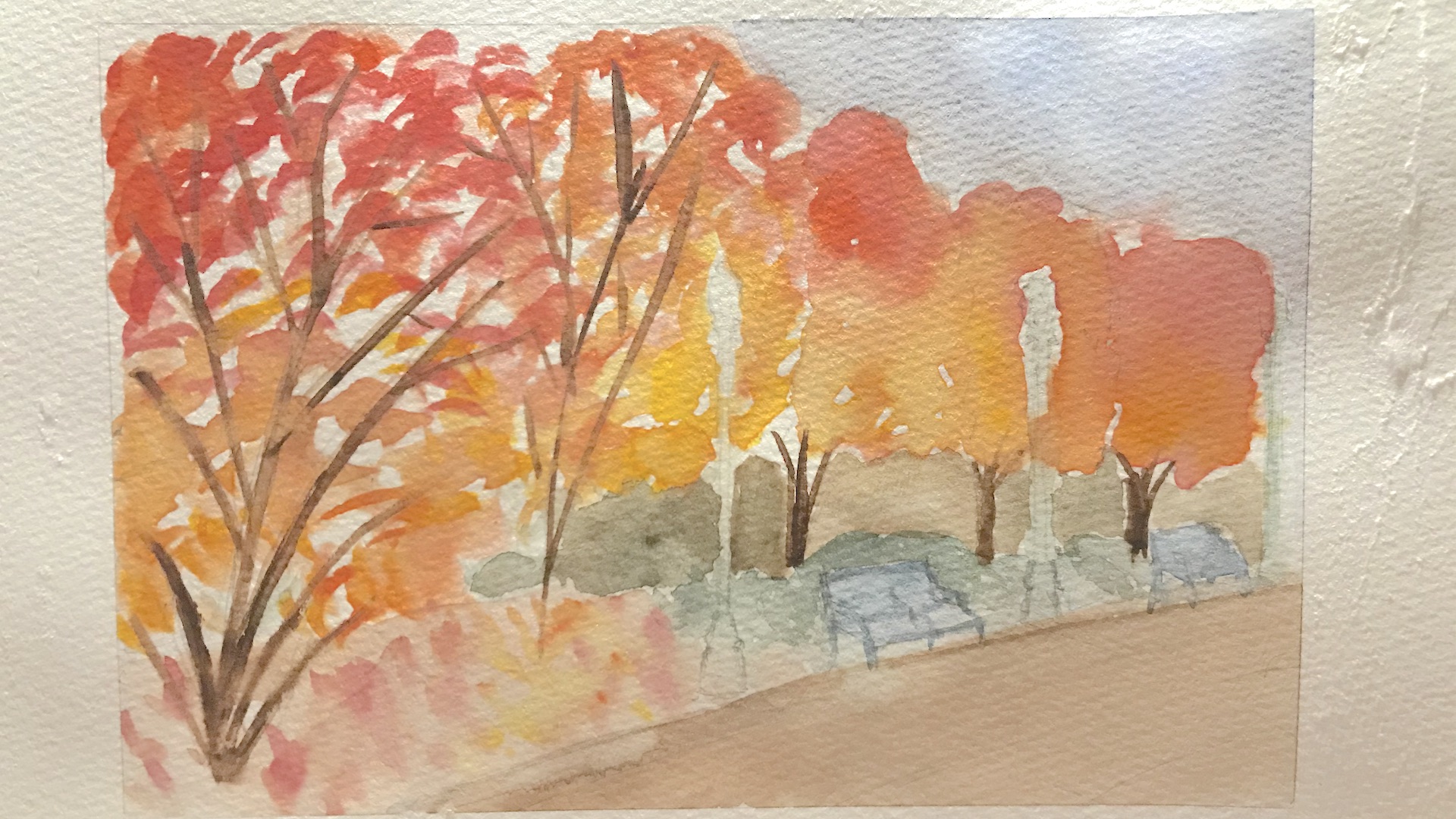 This week seemed pretty to flow pretty slow. Maybe because of the amount of things that happened. Maybe it’s just my sense of time getting screwed all over again. (Random picture note: My $1 washi tape destroyed the sketchbook.)

The bakery never contacted me again after. I’m assuming that they found a better candidate. I guess I should go apply for the convenience store job. I’m not sure if it’s still open, though. I need to check, but I’m so lazy, haha.

On Wednesday, the HR of my company announced the dates for the field trip. The lady in charge told all of us to book a ticket for the specified dates, and I did it almost immediately. Then the following day, an announcement came that the whole trip was cancelled due to the rise of coronavirus cases in that area. The suddenness of it just threw me off. It made me think whether the company was really careful with all of this decision making. The lady called me the next day about the ticket refund (the company is going to cover all of it). I tried issuing a refund but the 3rd party website stated that it might take from 4 to 8 weeks to get it done. Ugh.

Since that whole cancellation thing happened and I have no news from the bakery, I’ve been spending the rest of the week just playing games. I stopped terraforming entirely after I realized that a Switch game (Sakuna: Of Rice And Ruin) I preordered was finally released on the 12th. So I spent the whole 2 to 3 days just drowning in that game. I find it pretty fun and interesting since the game revolves around growing rice.

Other than that, I’ve been (like everyone else) playing Genshin Impact as well. I actually started pretty late since the game couldn’t run on iOS for the longest time. Sure they have other platforms in which you could play on like Windows PC or PS4, but I had none (and my Windows laptop is basically trash for gaming, so no). When they finally released a new patch, I gave the game another try and man, I was really captivated by the art, story, music, voice actors … basically all the elements in this game, except the 3D-ness of it that makes me nauseous. (Yes, I suck at 3D games. I can’t even enjoy 4D or 5D rides in amusement parks). I think my brain is getting used to it bit by bit, though, seeing as how I could play for a bit more longer each day. It’s so addicting.

Then on Friday, I received a package containing 3 books from my soon-to-be department boss in the company. It was books about managers and management stuff which are all in Japanese. Each one is as thick as your typical YA novels you can find and they’re translated books which are originally in English. I tried searching for the original version in Amazon, but they don’t have it since all 3 are pretty old. I’m not sure how I should go around reading these …

Anyways, that’s pretty much how my week was. I’m gonna go back gaming while waiting for my refund which I’m hoping would get processed soon.