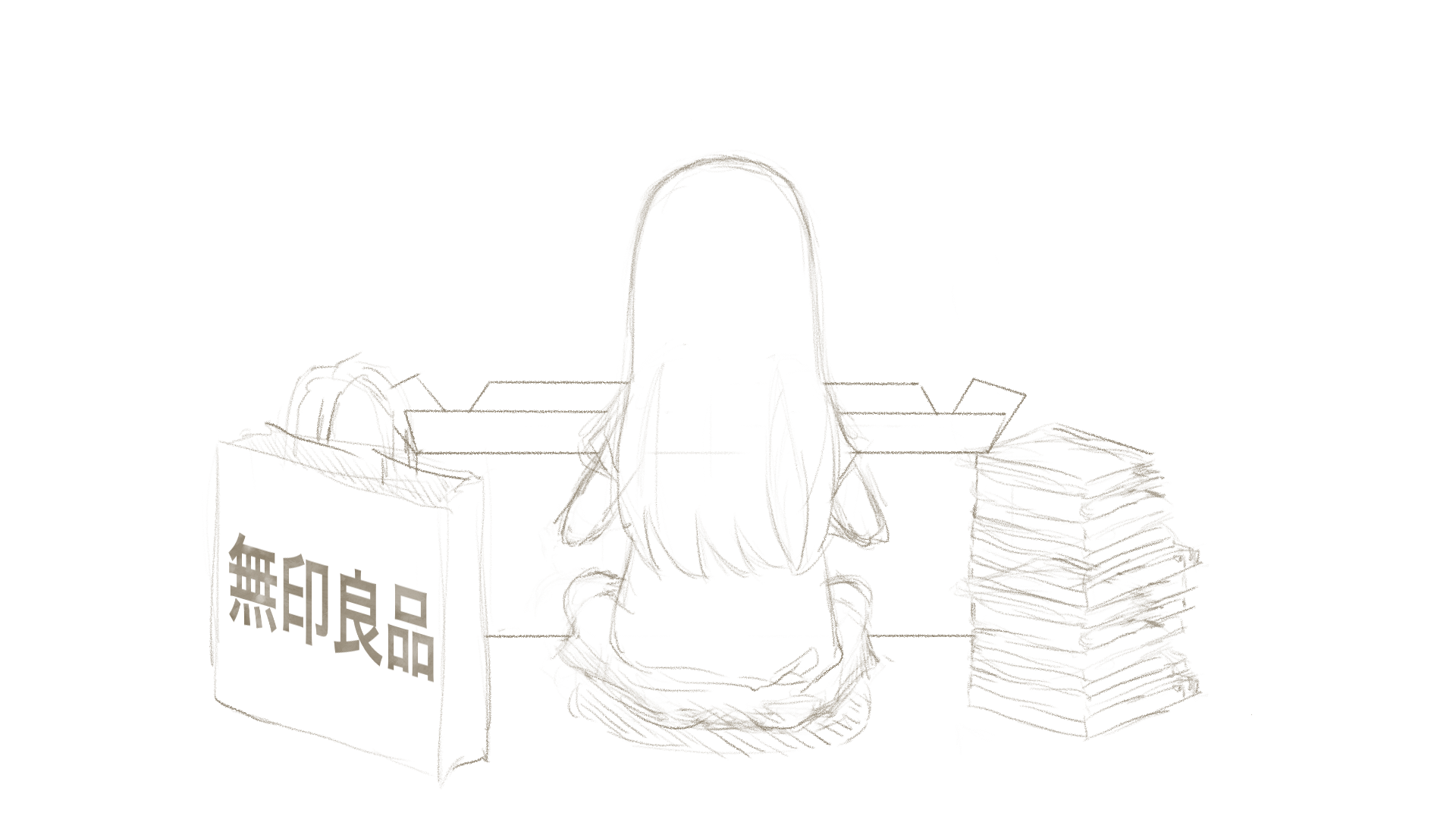 The university has been sending us multiple emails regarding moving out of the apartment. Since we’re graduating and will no longer be students, the university will not be our guarantor for apartments anymore. I’m not sure how it is in other countries, but for foreigners to be able to rent housing here in Japan, they will need a guarantor (can be your Japanese friend, your school/institution, or a certified guarantor company).

The email kept reminding us to leave the apartment by September 21st. You have to submit a move out request to the real estate company 1 month prior the latest. I would immediately do the procedures and stuff if I could, but I’m currently applying for a job-hunting visa and that results won’t come out until September 2nd. That means, if my visa gets rejected, I have to leave, but I can’t leave on time. Do you see the problem here?

Anyways, I was stressed out since I only found that out recently. I guess it was partially my fault for not trying to confirm with the real estate and university. I thought they would give exceptions to students who are applying for that special visa. Apparently not.

Realizing that I may have a bigger chance of having to move out, I decided to clean and organize some of my stuff today.

I put stuff that’s 100% going to be brought back home in my suitcase. Most of it are stuff for my mom. I thought there weren’t a lot of items but I guess I bought too much stuff for her that half of my gigantic suitcase is filled. Lol.

I then proceeded to clean my bookshelf. I took out magazines and some books that I never touched anymore. I also took out my mangas. I really want to bring them home but I’m sure I won’t even touch it anymore and it’ll just eat up space so I made the heart-breaking decision to sell it to a second hand store later. There were a lot of documents from my past classes. Without even looking at it, I just stuffed them in the trash bag. I also found textbooks, but I’m planning to sell it to my underclassmen since it’ll fetch a better price.

I also cleared my tiny drawers and threw out a bunch of expired makeups. It’s kinda sad that I only used like 10% of it. I did the same for skincare though there are less items to throw out since I do use it religiously. I then moved on to clothing.

I realized that I have been hoarding clothes that I don’t even wear for these past four years. I would buy new clothes each season and then neglect the old ones. It was so many that I’m running out of space for my little drawers. I took out lots of t-shirts that looked shabby and tried on several jeans that I haven’t worn in a while. I must be getting fat since they don’t fit me as comfortable anymore. Lol. I wanted to get rid of my winter clothing as well but I’m still not sure whether I’m staying or leaving, so I left it alone for now. In the end, I accumulated around more than 15 pieces of clothing but I’m sure I won’t get much out of selling to the secondhand store. Maybe $5? Of course I could choose to sell it on the university Facebook page but it’s just hard to find buyers for clothes.

I thought I had gotten rid of a lot of clothing, but I still have a lot remaining. I’m not sure if I can bring all of that home when I need to so I guess I’ll downsize my wardrobe more next month together with my winter items.

Lastly, I opened a huge Amazon cardboard that I haven’t touched in 3 years. Dust flew everywhere and I even see small spiders running around. I expected them to appear so I was ready with a bug spray on my right hand. I took out the items inside and folded the box for disposal. I decided none of the items inside are worth saving since it’s just mostly old documents. I compiled it with the previous stack of documents and decided to dump it immediately.

I had to do three rounds of garbage dumping since there were too many documents and I had to divide them into 3 bags, each weighing around 3 kilograms. I threw the old cardboard out while I’m at it too. I decided to mop the room since the dust was everywhere. I bent over to pick up some left over trash and when I straightened my body, intense pain immediately hit my back. I either 1) did too much work, 2) lack exercise, or 3) am just growing old too quick since I never experienced back pain from doing labor. I suspect it’s all three.

After doing that big cleaning, my mind feels more at ease but my body is sore. I will put on some patches after I finish writing this post since the pain is not going away.

I guess I’ll do some light exercise starting tomorrow.

2 replies on “ Cleaning eases your mind but pains your body ”