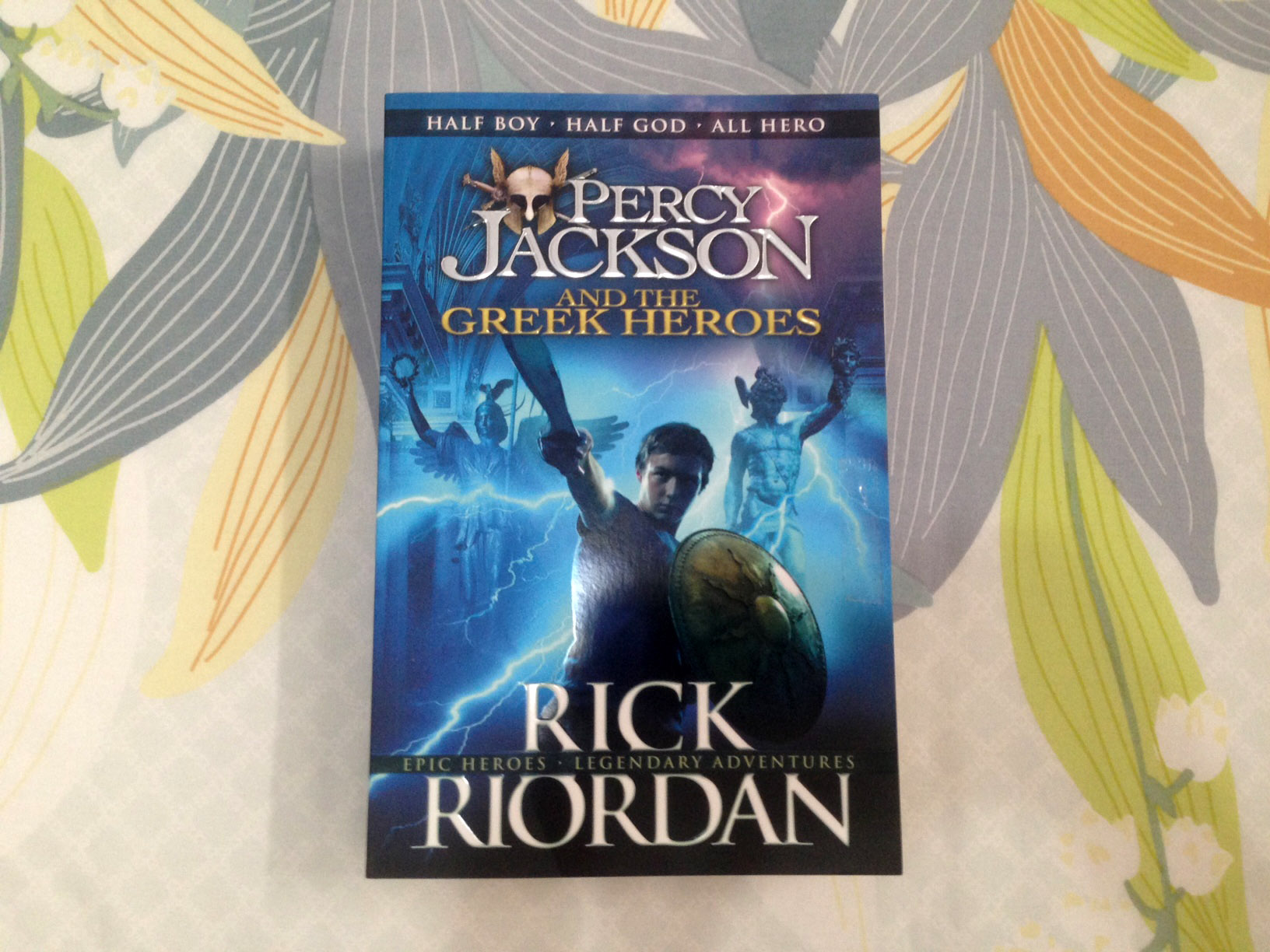 Today I went out of town with my friend Yemima and Eva to a certain university to register for the new freshman admission. The trip took one hour, it was scorching hot when we arrived there. The building was huge, it has a modern design to it. We then went to the admission centre and filled out the registration form. Apparently, they’re having a discount for the forms, so I only had to pay 100k for two forms. The normal price would’ve been 200k each. I guess I’m pretty lucky.

We then went to the nearest mall from the university. The mall was built by the same group that also built the mall near my house. The one next to the university was way more bigger, though. It has so many stores and restaurants we didn’t get to explore it all in two hours.

My mom then texted me that my book had arrived. I rushed home and opened the package that my mom had put on the sofa. The book that I had ordered was Percy Jackson and The Greek Heroes by Rick Riordan. I actually bought that book because I was interested in the US version of the cover. So I ordered it online and had them ship to my house. But what arrived here was not the book with the US cover, but the UK one.

I was so disappointed at it. I’m mad but I couldn’t really get mad at anyone since I’m sure the store wouldn’t want to take the blame. I was so pissed off so I vented at my friend and my mom. Moreover, the books that I ordered had some parts of it’s cover torn a bit. Seriously, I’m so fed up with it.

I read somewhere in the internet that this book has some illustrations included inside. I was so excited to see those illustrations but I couldn’t find it ANYWHERE inside the book. Probably because it was a UK released one? WTF, seriously. I ordered a damned US version but they gave me a UK version with a torn cover.

I’ll never buy books from that store ever again. Screw you Periplus.