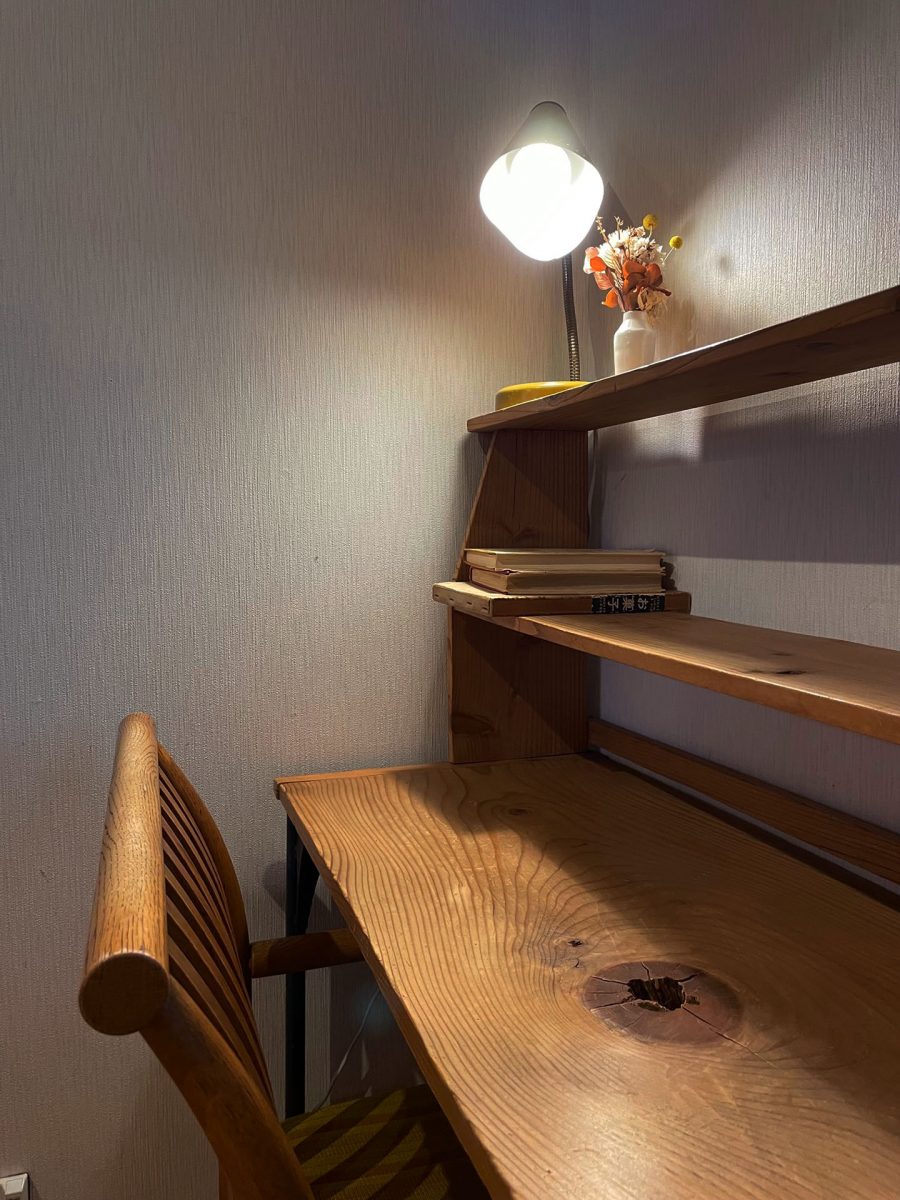 The weather forecast indicates that it’s going to rain all day long so I didn’t really have any intentions to leave the house today. But I forgot to do some groceries while I was out the other day and the idea of going outdoors on a Sunday wasn’t really appealing for some reason to me. I guess I just wanted to avoid the crowd and shop in peace.

It started raining really hard around 2 PM, and I decided to go out despite of it. And if you can’t already tell, I’m the type of person who does a lot of stuff on a whim. I was going to go straight to the grocery store, but remembered there was a café somewhere nearby my apartment. Rain and coffee sounded like a wonderful combination, so I decided to search for the shop first. It wasn’t hard to find, just a three minute walk from home.

The shop is located on Hoshikawa Street (lit. star river street). The Hoshikawa River runs in the middle, sandwiched by a variety of stores on each sides. The café was located at the corner, the building looked vintage and had its small glass door open despite the windy rain. The entire store was smaller than I had imagined. Probably enough to house around 10 customers maximum. The furniture tables and chairs are probably antique furniture. I wish I could take a picture of the interior, but doing so in a very small enclosed space will immediately gather attention.

An old man with white hair, which I’m guessing is the Master, immediately greeted me at the counter. He didn’t say much, though. I think he knows that I’m not a regular since he immediately explained the menu to me. I ordered a cup of hot café latte which costed 600 yen (around $5), which was a bit more expensive than the usual one I get at Starbucks. After paying, the master guided me to the seat at the back of the shop. One of the waitresses served me a cup of cold water (this is standard in Japan) before the Master comes a few minutes later, bringing me the most adorable cup of café latte I’ve ever seen.

The taste was wonderfully refreshing. It had some bitterness, but also some sweetness. The cream felt so smooth it slides down the throat so easily. I took my time drinking it while listening to the sound of the coffee mill, rain, and other customers chatting. More customers came by the time I finished my cup, so I decided to leave to open up some space. I thanked the Master and he said, please come again. It’s such a wonderful place, of course I’d come again.

I guess leaving the house during a rainy day wasn’t so bad after all.

1 reply on “ The Rainy Streets of Hoshikawa ”