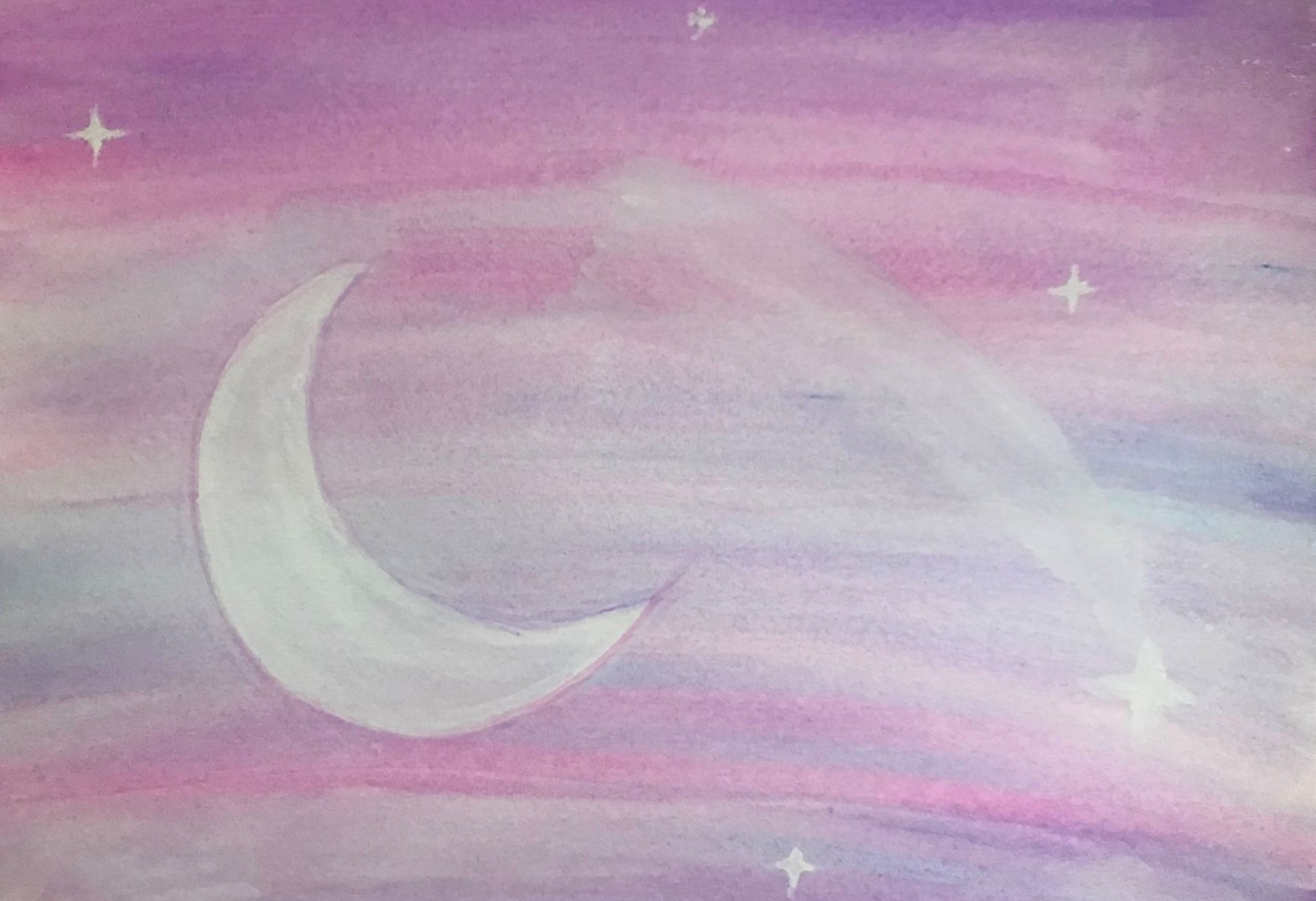 I was so bored and had nothing to do (that’s a lie, I have so many things to do) so I took out my painting supplies and started painting randomly. It’s unplanned at all, so the final result looks weird to me. But that’s OK since I had fun just mixing colors and see how nicely they mix together.

I decided to have some naan and curry for lunch today. The local supermarket conveniently sells a premade one, so all I had to do was heat them in the oven and microwave for a couple of seconds. The taste is good enough, but I think nothing beats real authentic naan and curry from the Indian restaurants. I kind of miss the restaurant I used to go to at Beppu.

Steam had a Golden Week sale for a bunch of Japanese-manufactured game and the first series of Little Nightmares had a 80% discount, so I just had to get it. I’ve seen a lot of YouTubers play this and it never fails to entertain me. I wanted to give this game a try as well. I haven’t gone far because a couple of my friends wanted to ‘watch’ me play, so I’m probably going to set a time so I can stream for them on Discord.

I also went ahead and reserved a bunch of games that are going to be released later this month. The first one is Rune Factory 5. I played RF4 on my DS Lite and I absolutely loved it. I was upset to hear a rumor that the company that created this game wasn’t doing well and that a sequel will probably never come, so when I saw the announcement, I was ecstatic! There has been several PVs out on YouTube which shows interesting aspects of the game. RF5 will be released 5/20.

The second game I reserved is Miitopia. I had played some Mii related game on my DS as well (I didn’t remember what the title was) and the announcement piqued my interest. I went ahead and played the demo version which led me to finally place a reservation. I swear I end up almost buying most games that had a trial version because they’re usually so much fun. I wonder why most games don’t have it. Miitopia will be released 5/21, just a day after RF5!

I can’t wait to play all of these games. I’m not sure if I can clear them so quickly due to me having work, but I think they’ll be a great stress relief method for weekends!